Last night I was having dinner and listening to one of my favorite records ever – We Three from Roy Haynes. The album title refers to the fact that it is a jazz trio album featuring the enviable cast of Roy Haynes on drums, Paul Chambers on bass, and Phineas Newborn Jr. on piano.

You know an album is part of your personal solid gold all time top 5 favorite records when you can listen to it over the course of many years and still find something new to obsess over and be captivated by with each passing listen.

Last night it was Roy Haynes's curious non-playing on the album's third cut entitled Solitaire. Check it out on today's installment of One Note/One Phrase.

It seems that this was the week for featuring aging American composers in the national news. This week I stumbled upon an interview in Bloomberg with the staggering 103 year old Elliott Carter. The interview itself was in promotion of Carter's newest premier for his work entitled Two Controversies and a Conversation which premiered last night June 8th. Please see the linked article for full details. Most importantly, it got me listening to Carter again, and that is how I became reacquainted with his Quintet for Piano and Strings.

The thing that makes this piece so incredible is that it unfolds its entire self for the listener within the first four seconds. Furthermore, this opening gesture tells you everything you need to know about Elliott Carter's atonal compositional language. This makes the piece a perfect fit for our feature One Note/One Phrase. The performers here are Ursula Oppens on piano and the Arditti Quartet. Give it a listen and catalog this language in your ears. You're not likely to find much else like it. You dig?

Glenn Miller (1904-1944) was an American jazz musician, his instrument was the trombone. He was also a composer, arranger, and bandleader during the swing era – one of the hippest and most enviable eras from last century. He enjoyed the most success in the early '40s until his untimely death as a MIA military casualty over the English Channel during WWII while traveling to entertain US troops.

In today's One Note/One Phrase I take a look at his classic composition Moonlight Serenade, which heavily features the clarinet. The recording is Glenn Miller and his Orchestra featuring Willie Schwartz as the soloist.

Give the piece a listen. It is textbook nostalgia and a remarkable performance. Read on for my full thoughts.

Franz Schubert (1797-1828) was a short man who lived a short life, but the thing about Franz Schubert is that he was prolific. Succinctly put, he composed over 600 lieder (songs), 9 symphonies, liturgical music, oratorio, chamber music, and some of the most sublime piano sonatas I have ever known. Not to mention one badass string quintet.

He also wrote jazz. Well, kind of, it's more like he implied jazz – keep in mind that this is music from the 19th century. Schubert was a contemporary of Beethoven and died only one year after our man Ludwig. Regardless, the composition in question is his Piano Sonata in G major (composed in 1826). The entire work is broken into 4 movements and totals about 41 minutes of music. But specifically I want to examine the content from the first movement at about 30 seconds in.

At this point in the composition Schubert implies a gospel progression as he elaborates upon the opening theme. This is a small moment in a large work but you could extrapolate more jazz implications throughout the work since this moment is thematic to the work as a whole. As a reference to the particular jazz language I want you to be on the look out for I'll hook you up with Oscar Peterson and his Hymn to Freedom (1962).

One quality of a truly remarkable performance is that there is often one note and/or one phrase that can encapsulate the grace, fire, virtuosity, subtlety, or authenticity of the artist. I believe it is the duty of all Listeners and Performers to seek out, catalog, & utilize these gestures as references to further inform their aural pallets.

I was recently struck by a fleeting gesture from pianist Wnyton Kelly during Hank Mobley's recording of The Best Things In Life Are Free. It just goes to show how much there is do discern within music of quality and how many different ways you can listen to the same material.

Hank Mobley: The Best Things In Life Are Free 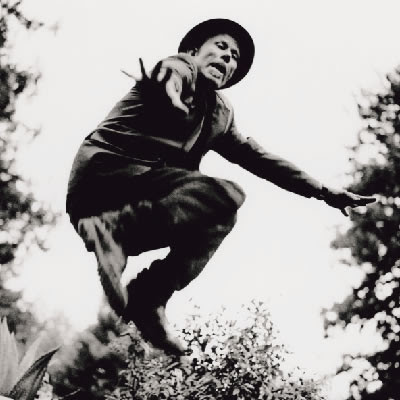 One quality of a truly remarkable performance is that there is often one note and/or one phrase that can encapsulate the grace, fire, virtuosity, subtlety, or authenticity of the artist.

Tom Waits is a technician of style. His sound, image, and stage persona have become remarkably defined over the course of his long and fruitful career. Nevertheless, today I would like to commend Ara Anderson, the trumpet player featured on the cut, A Good Man is Hard to Find, for peppering the instrumental solo with the perfect amount of tenuto and rhythmic pull.

Tom Waits: A Good Man is Hard to Find